Why did I choose to be a shoulder surgeon?

I trained and practiced extensively in India (1983-2004) and abroad (2004-2009) doing complex trauma, and elective orthopaedic procedures. Unfortunately, there was hardly any mention of shoulder problems. There were only three conditions which we heard about while doing our specialisation namely: Fractures of ball of shoulder joint, humeral head, managed majorly by not intervening, sometimes with bent very thin plates and wires/sutures due to the lack of modern locking plates. Second diagnosis which we heard about was recurring dislocation of the shoulder in the young population and all of them received only physiotherapy whereas surgeons in France were stabilising these recurrent dislocations by operating for last many decades! Third diagnosis used to be Frozen shoulder which received a steroid injection into the joint (without even knowing where to put that needle as no one knew where the exact pathology was!). 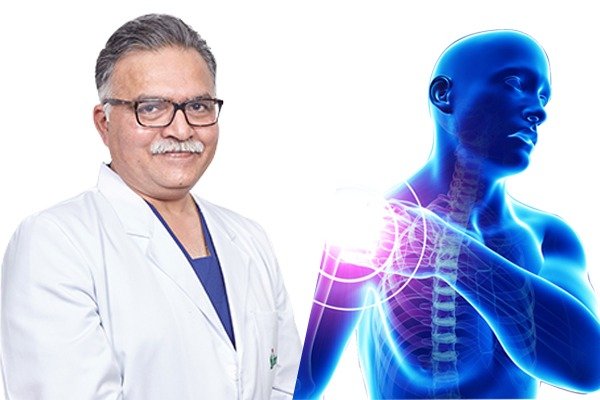 There was no mention of the most important structures inside the shoulder joint which are absolutely essential for a person to lift the arm above the shoulder level. These are a group of four muscles, tendons of which cover the ball and socket joint all around so that we can move the arm in any direction and still not dislocate our shoulder as the socket is only one inch in dimensions and ball is three inch in diameter so much so that only 22% of the surfaces are in contact at any given point of time. These are called Rotator cuff muscles/tendons and no other joint in the body has so many muscles inside the joint except for one tendon of popliteus muscle traversing the knee from inside and helping in stabilising the joint.


My mother was under my care for three years when she developed tears in her rotator cuff and I kept on giving her steroid injections until one day her arm got stuck in extreme pain. Not knowing what to do as I had never seen this condition, I consulted some doctors in Delhi and found out nobody knew anything about it. I knew Dr Ashok Rajgopal, the famous knee surgeon and he did a small surgery on my mother’s shoulder to relieve the agony. That is when he inspired me to take up the challenge of specialising in shoulder surgery in the UK and come back and help the millions of people in our country. And that is what I pursued from 2004-2009 and became a shoulder surgeon, after having spent 17 years doing fractures, knee and hip replacement surgeries in India and UK!